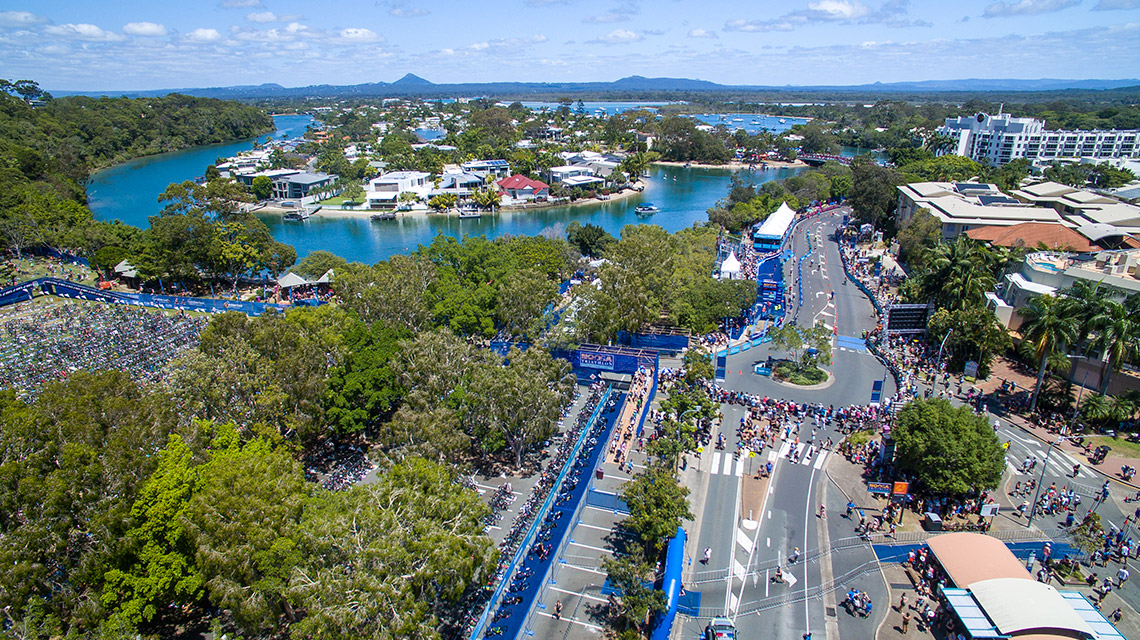 The largest triathlon event in the world, the Noosa Triathlon Multi Sport Festival, attracts athletes and fans who either want to take part in the range of swimming, running and cycling events in Noosa, or just watch the action! With a swim starting off beautiful and calm Noosa Main Beach, a ride that takes in the scenery of the hinterland and a run that soaks up all that Noosa has to offer - the Noosa Triathlon is Australia's favourite finish line party. The five-day event celebrates sports, healthy lifestyles, fitness and fun, surrounded by the sea, river, National Parks and hinterland that make up Noosa's nature - there are family, social and sporting activities for everyone, with the hero event, the Noosa Tri, held on the final day of the festival. Festival events include:

CLICK HERE FOR A VIDEO OF NOOSA TRI 2018 HIGHLIGHTS.